For Labor Day we decided it would be fun to go out to the Golden Spike Historic Site.  They do reenactments of the driving of the spike on Saturdays and holidays. 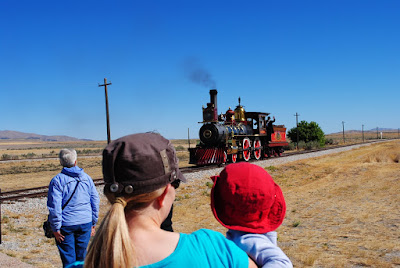 They had a lot of volunteers who were dressed up in historical clothing and reenacted the ceremony and driving of the golden spike.  The weather was great just slightly cool with a breeze. 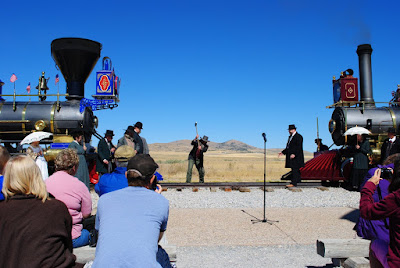 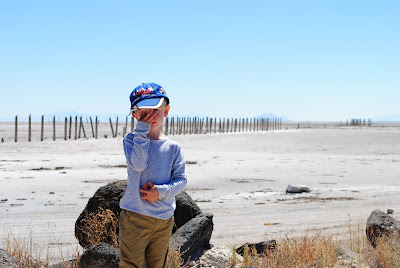 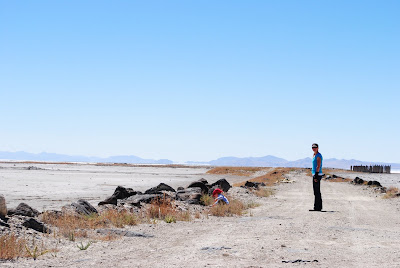 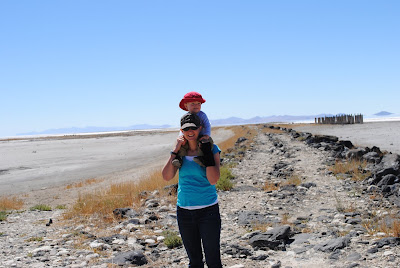 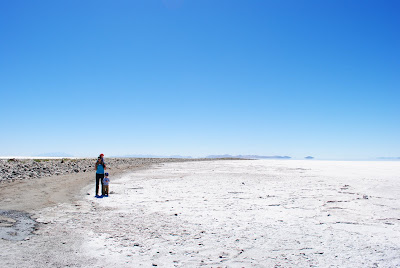 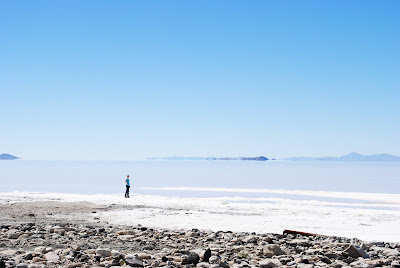 Lesa exploring ahead for us. 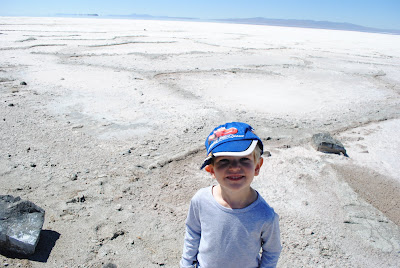 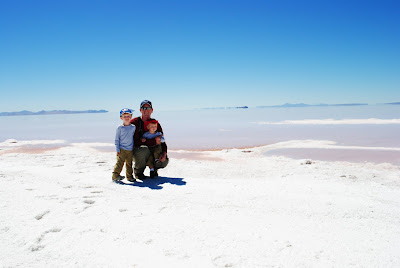 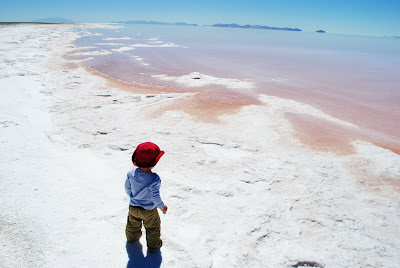 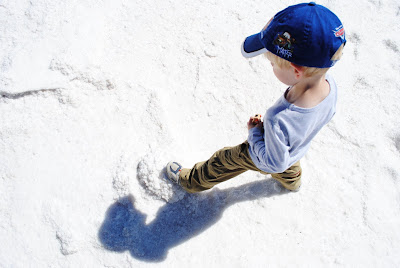 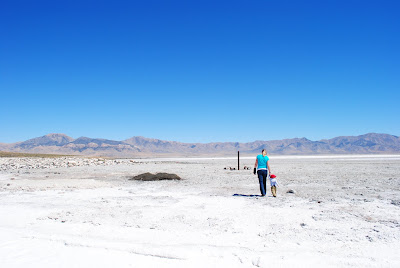 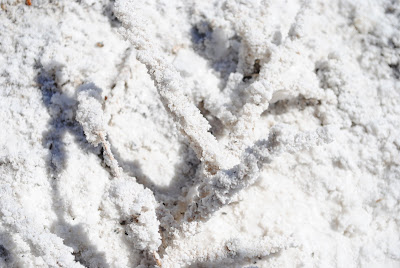 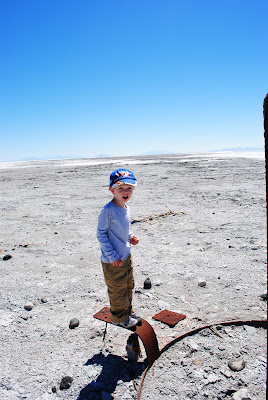 There was a lot of junk that once upon a time was under water. 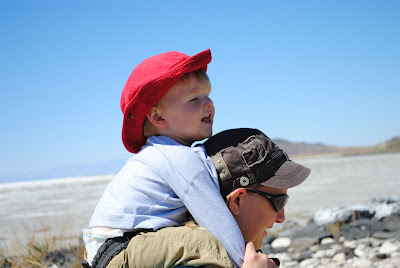 After wandering around and exploring the edge of the Great Salt Lake, throwing rocks into the water and having a good time we decided to head back to the cars.  When we got back to the car we saw that the road didn't end but it continued on.  Before there were a bunch of cars parked on the road blocking it off and making it look like the road ended.  We drove down the road a little more and what do you know?  There was the spiral jetty!  We found it and it was right by the road!  We took some pictures and then headed back home. 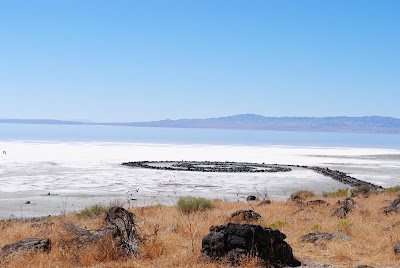 You guys always do the funnest things! Your will have great memories of all your adventures. 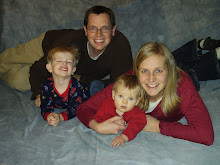